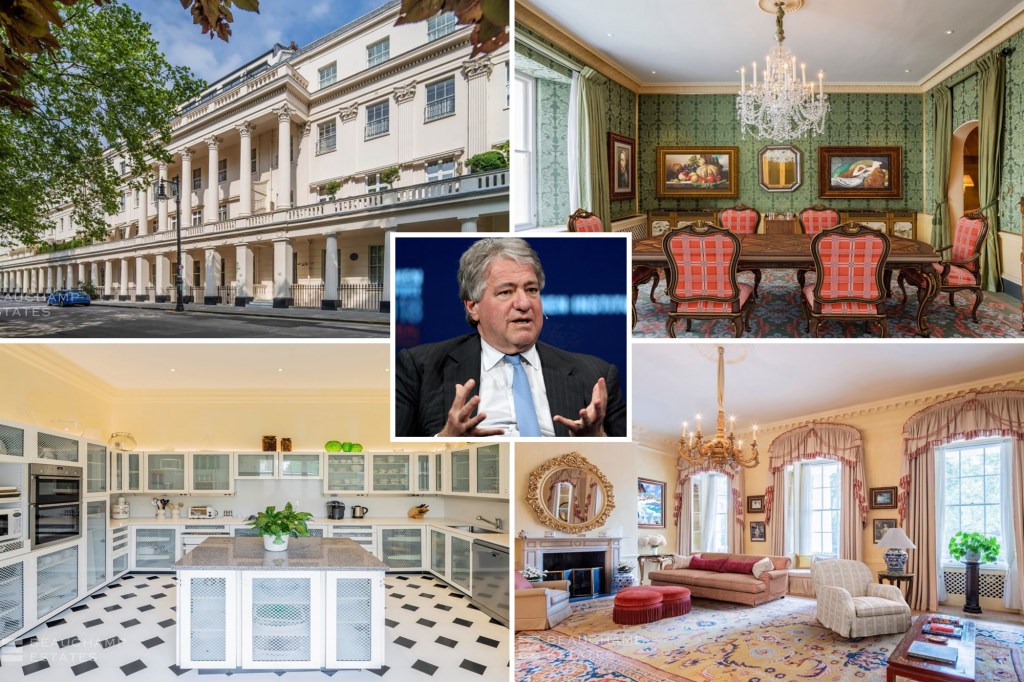 Black bought the six-bedroom home at 93 Eaton Square for less than the $31 million asking price.

Black is just the latest in a line of noteworthy 93 Eaton Square owners: Henry Ford II — grandson of Henry Ford and former Ford Motor Company chief executive — previously owned the property. His wife, Kathleen DuRoss, lived in the home until her death in 2020 when it was passed to her attorney Frank Chopin.

Over the years, other notable residences of Eaton Square have included celebrity chef Nigella Lawson and her husband at the time, advertising impresario Charles Saatchi.

Billionaire and owner of Chelsea F.C. Roman Abramovich also lived in the square.

Black’s acquisition abroad comes as he faces ongoing turmoil in the US.

He left his perch at Apollo as chairman and CEO in March after an investigation into his relationship with sex offender Jeffrey Epstein. The investigation found no wrongdoing on Black’s part. He also left his role as president of the Museum of Modern Art in New York City.

Black also remains embroiled in a legal dispute against a former model who accused him of rape. He filed a lawsuit late last month accusing her and her law firm of defamation and racketeering conspiracy.

Black owns multi-million dollar properties in Manhattan’s Upper East Side and in Southampton — on what is known as “Billionaire’s Lane.”

Astra stock surges 30% after the rocket builder reached orbit successfully
Fitness influencer’s 6-figure side hustle is now his full-time job: I’m ‘doing only the things I want to be doing’
A renewable energy company in Thailand has electric vehicle dreams
SpaceX is launching a NASA spacecraft that will crash into an asteroid
Op-ed: Recent widows need financial guidance after a spouse’s death