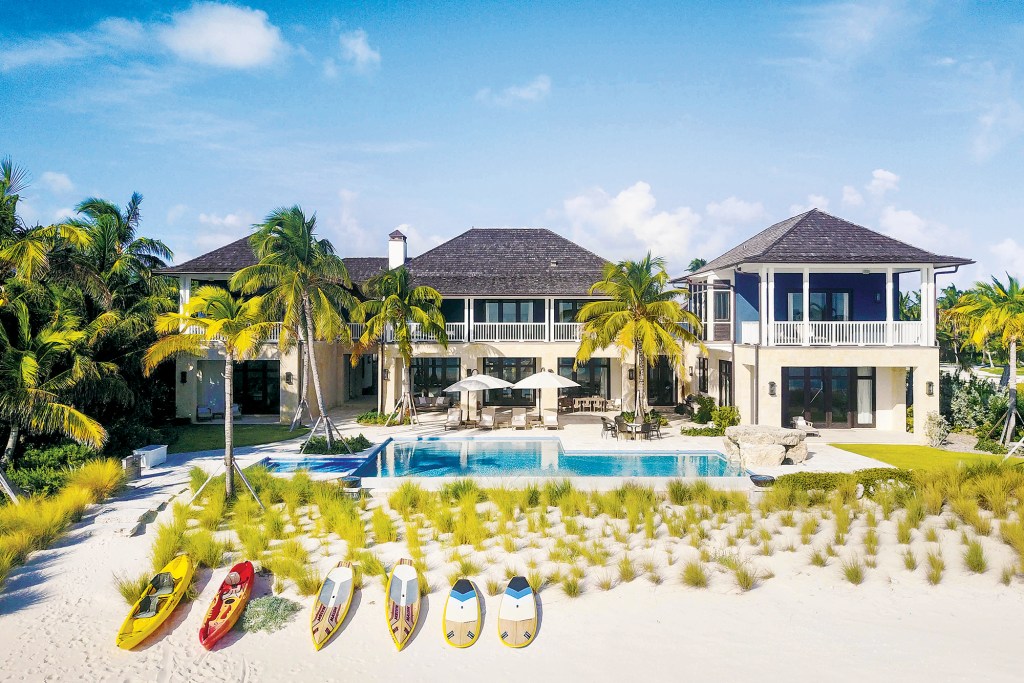 Last year, the pandemic proved to resort developers that wealthy New Yorkers want to put down seriously expensive roots abroad in the form of baller vacation villa sanctuaries. Now, new beach spreads are going up by the score in sun hubs like the Bahamas, Mexico and Grenada.

Baker’s Bay Golf and Ocean Club, located on a three-mile sandy spec in the Sea of Abaco in the Bahamas, has been a real estate hub for loaded putters since it was built in 2004. But in 2019, it was virtually leveled by Hurricane Dorian.

“After the catastrophe of Hurricane Dorian, the entire Baker’s Bay family, our members, owners and team members, all banded together to restore Baker’s to a level of greatness,” Michael Meldman, the founder of Discovery Land Company, Baker’s Bay’s developer, tells Alexa.

Now, what was old is new again. The resort’s golf-centric, amenity-rich offerings include a 1.3-acre estate with a two-story, five-bedroom villa that boasts 10,000 square feet and is asking $32.2 million.

On the other side of the Caribbean, in Grenada, the 43-key luxury getaway Silversands has just debuted a new collection of eight private homes — all on the island’s best beach, Grand Ans — starting at $7 million. Its top villa is a four-bedroom, 6,800-square-foot beach spread with bespoke furnishing, a private pool, 2,215 square feet of outdoor deck space and a $12.7 million price tag. With a focus on family entertaining, big efforts went into the kitchen, including Poggenpohl cabinetry and appliances by Gaggenau and Miele.

But if being anchored to a continent is your jam, head to Mayakoba, Mexico, just south of Cancun, where Rosewood just debuted its splashy signature private homes. These Rosewood Residences are decked out in costly travertine and local marble with double-height, all-glass living rooms. The largest among them is a five-bedroom, seven-and-a-half-bathroom beaut with 6,813 square feet, a private pool and access to all of Rosewood’s luxe hotel amenities — asking just $6.35 million.

Time to buy something hot.