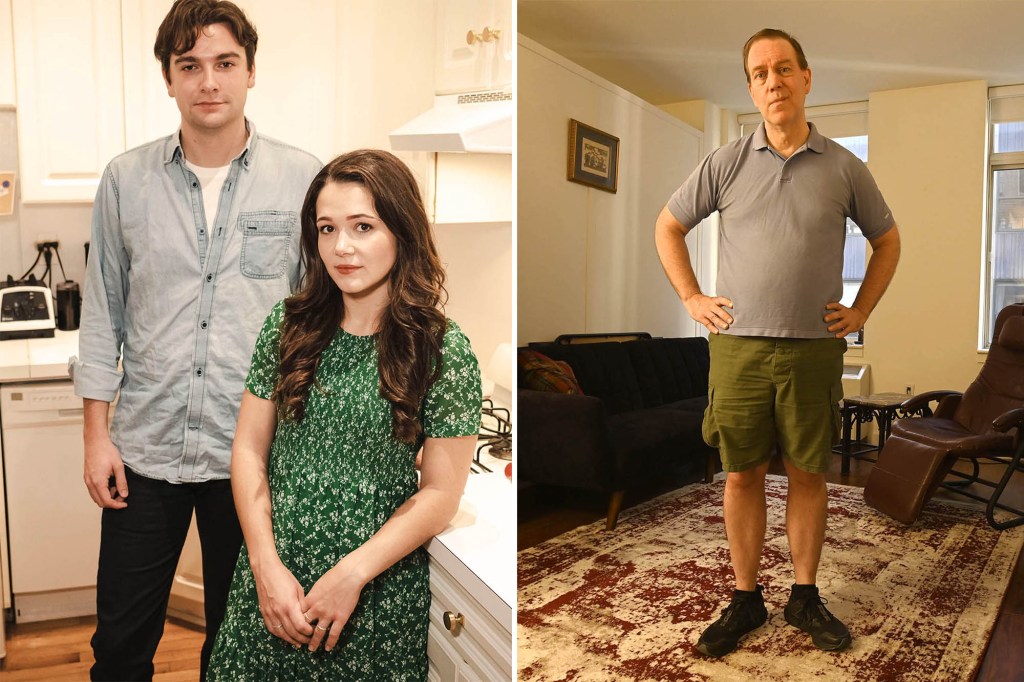 Once again, the rent is too damn high.

City residents who snagged their dream homes during the pandemic — a time when New York’s notoriously high rents plummeted to record lows as many locals fled town, and landlords offered record-high discounts to fill their buildings — have begun realizing that if something seems too good to be true, it probably is.

They now face jacked-up monthly rates — some nearly twice the price — when renewing their leases. With workers returning to the office and schools reopening for class, landlords have started taking advantage of a rebounding housing market to recoup their yearlong losses. And now, many of these tenants must kiss their homes goodbye in search of something more affordable.

“It’s like having to start over again,” said 59-year-old advertising professional Mark Salzwedel, who left Bedford-Stuyvesant last October for an alcove studio apartment in a Financial District high-rise — a $2,200-per-month rental that he negotiated down to $1,900, $350 more than what he paid in Brooklyn. Over the past year, he’s enjoyed a bigger kitchen with a dishwasher and more closet space.

But last month, he learned the monthly rent will rise by a staggering 79 percent, to $3,400 — and he’s on the hunt to sign a new lease before his current one expires on Dec. 31. “Do I have to go back to washing my own dishes and buying tons of modular components to make up for the lack of storage space? I don’t want to move, but I have to move.”

Salzwedel expected the rent to rise for 2022, and figured he could pay something up to 30 percent higher per month, but the news hit hard. He tried to negotiate it down by pointing out ongoing building renovations and out-of-service elevators. He said the best his landlord offered was $3,300 — still nearly 74 percent more per month.

“They weren’t willing to budge at all,” he said.

Salzwedel even checked the legality of the increase. For market-rate units, New York landlords can raise the rent by however much they want. He wrote to elected officials, who didn’t respond. He’s since begun browsing open houses and figuring out what amenities he must sacrifice for affordability.

Salzwedel is just one local feeling the cold slap of reality. Other New Yorkers have taken to social media to share news of their own rent hikes.

A TikTok user named Stacy who wrote that she’s a nurse anesthetist, and who also didn’t return a message seeking comment, posted a video in September showing her sitting fully clothed under the running water of a shower after her landlord increased the rent by $2,000 per month. “I’m in a love-hate relationship with NYC,” she said in the replies.

It’s part of a market in recovery. As housing demand rises, supply wanes — meaning those who are priced out of their coveted COVID caves will face higher prices for fewer available units.

In the third quarter of 2021, median Manhattan rents hit $3,050 — up from $2,960 in the same period last year, according to StreetEasy. All the while, 22.4 percent of Manhattan rental units received a concession, such as months free on a longer lease, down from a peak of 42.8 percent in the first quarter of 2021. (These perks typically apply to new leases and not renewals.)

“What we are starting to see now is people moving out to their second- and sometimes third-choice neighborhoods. If you had dreams of living in the West Village or Brooklyn Heights, good luck — it is just so, so tight,” said Pamela Liebman, president and CEO of the Corcoran Group. “During the pandemic, people were able to cherry-pick the locations they wanted and now it’s back to, ‘OK, I don’t care where I am — just make sure I’m in Manhattan and have a doorman.’”

But Courtney Martin and her roommate Carson Crow, both 25, aim to stay on the Upper West Side, where they moved last November from Harlem. For $2,100 per month total — roughly $600 more per month than their Harlem digs — they leased a two-bedroom with bigger rooms and more storage space. The move was worth it, said Martin, because the two wanted to live closer to Central Park to hang out with friends who live nearby and near trains to take them to work.

“All pros, very few cons,” said Martin, who works in hospitality and as a personal assistant.

But upon renewal, Martin and Crow — who works in theater administration — saw a 57 percent renewal hike, to $3,300 monthly.

Martin’s boyfriend, Bond New York agent Brendan Williamson, 25, who was not involved in the renewal discussions, said the roommates’ dramatic price increase isn’t common — but ongoing rent hikes are to be expected.

“[Landlords] lost so much money with not only having to lower their rent, but also the large amount of vacancies in their buildings,” he said.

Still, Martin and Crow may be in luck. They applied for a slightly smaller, and more expensive, $2,400 two-bedroom unit two blocks away.

“We found a unicorn,” she said. “The tricky thing is that everyone is moving so quickly right now, so if you see an apartment, you have to put an application in — there’s not a lot of time to dillydally. It’s just stressful, because it feels like there aren’t as many options.”