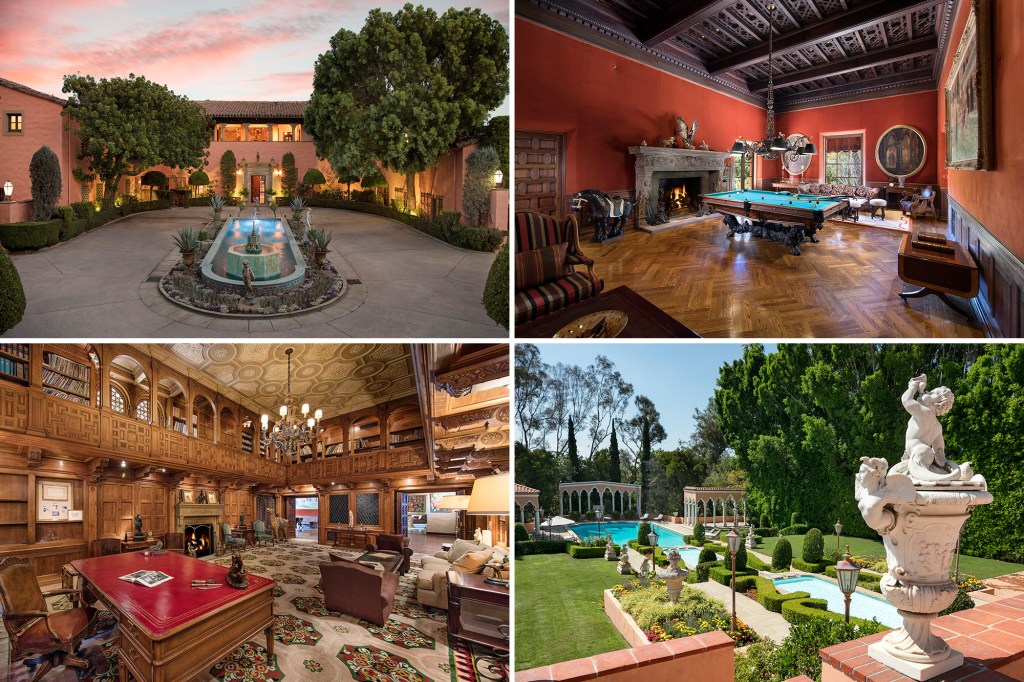 After 14 years of stagnation, the long-defunct Hearst estate became the subject of a bidding war today — landing a $63.1 million offer.

The seemingly unsellable home was set to sell for $47 million to Los Angeles-based investment company Berggruen Holdings, pending an auction where overbids were possible — and today’s auction did not disappoint.

The estate received 71 inquires, 41 private showings, 12 written offers and 5 overbidders at the auction today, a representative told The Post.

“We believe the auction will go over the current accepted price because of all the activity we have,” listing broker Anthony Marguleas of Amalfi Estates told The Post when they accepted the $47 million offer from Los Angeles-based investment company Berggruen Holdings.

The 29,000-square-foot house (35,000 square feet including guest houses and other buildings on the property) has an Art Deco nightclub, a wine cellar, two luxury home theaters, a spa, a gym, a massage room, a billiards room and a lighted tennis court.

The gardens, designed by landscape architect Paul Thiene, have reflection pools with waterfalls that lead to an Olympic-size swimming pool with Roman pillars. There is also an eight-car garage, a guest house and several staff offices.

Recently known for its ties to Beyoncé and “The Godfather,” the manse first gained notoriety as the 3.5-acre home of newspaper magnate William Randolph Hearst and his partner, actress Marion Davies. It would later become the honeymoon destination of Jacqueline and John F. Kennedy and JFK’s presidential election headquarters.

The seller, litigator and financier Leonard Ross appears to no longer be in bankruptcy proceedings after first filing over a decade ago. Property taxes, which have been in default on the property since 2019, will be paid through escrow on the sale transaction, according to the court documents.

The listing team included Anthony Marguleas of Amalfi Estates, Gary Gold of Hilton & Hyland, and Zizi Pak and John Gould of Rodeo Realty. Berggruen was represented by Drew Fenton and Linda May of Hilton & Hyland.

The attorney coordinating bidders did not immediately respond to The Post’s request for comment.

China’s zero-Covid stance could worsen debt problems for companies
In areas hit hard by climate change, only the rich can afford to stay
‘Little House’ Pa Michael Landon’s home listed for $3.9M
Sears is shutting its last store in Illinois, its home state
Millionaire taxes would increase 11% in 2023 under House Democrat plan