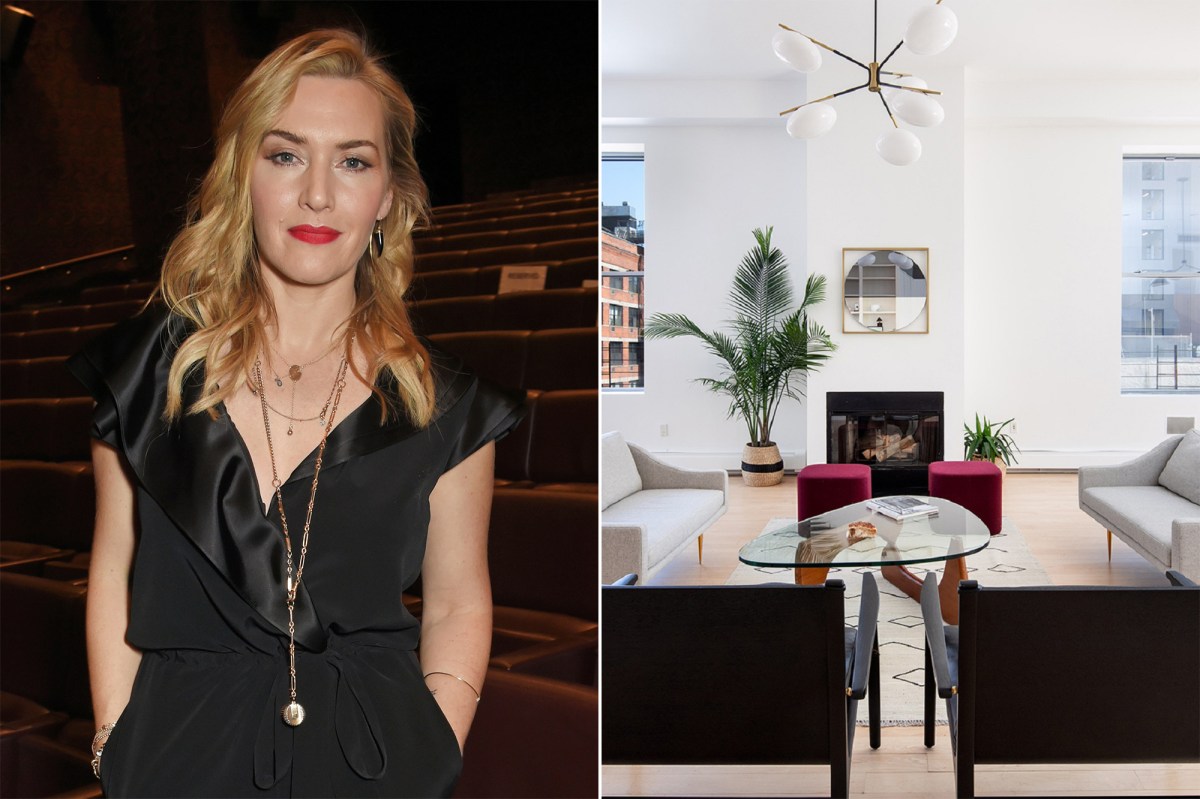 Oscar-winning actress Kate Winslet is in contract to sell her West Chelsea penthouse.

Interior details include a great room with a gas fireplace, an open chef’s kitchen, whitewashed wide-plank oak floors, 13-foot-tall ceilings and lots of built-ins for storage and display.

Winslet bought it with her ex-husband, Oscar-winning filmmaker, producer and director Sam Mendes, for $4.99 million in 2004, and then bought out his share in 2012.

(Winslet now spends most of her time with her second husband, Edward Abel Smith — billionaire Richard Branson’s nephew — at a historic estate outside London that she bought in 2011, according to Variety.)