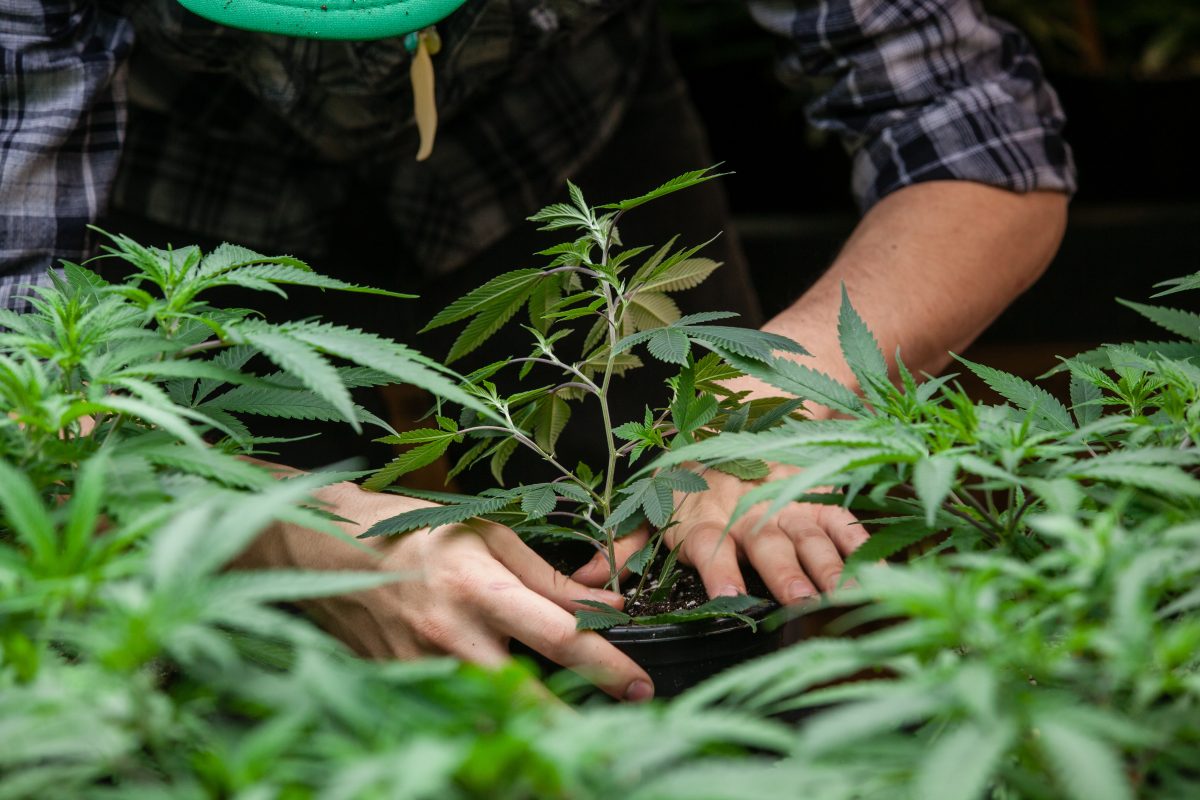 Legalizing recreational marijuana is a hot topic in many states where the state budgets are in disarray because of the coronavirus pandemic and new revenue sources are being sought. Combined with a desire to decriminalize marijuana, the zeitgeist is ideal for legalization. This Election Day, voters in Arizona, Montana, New Jersey, and South Dakota will consider legalization and taxation of recreational marijuana.

Three out of the four measures (Arizona, Montana, and South Dakota) would impose an ad valorem excise tax (based on price) on marijuana at the retail level. Taxing based on price means there is a taxable event with a transaction, allowing for simple valuation. While that might be the simpler way to go, it does not necessarily offer an equitable solution. In addition to the excise tax, Arizona and South Dakota would tax recreational marijuana under the general sales tax. (Montana does not levy a general statewide sales tax.) Levying state sales taxes on recreational marijuana products should be encouraged. A well-designed sales tax is levied on all final consumer goods and services while exempting purchases made by businesses that will be used as inputs in the production process.

Arizona forecasts roughly $166 million, which is 16 percent below our estimate. Compare that to some of the measure’s supporters who suggest revenue would total $300 million the first year. Montana estimates $38.5 million, which is virtually identical to our estimate ($39 million). It is hard to compare South Dakota’s estimate as the state has bundled its projection to include revenue from excise tax, sales tax, and fees. We estimated excise tax revenue around $15 million in South Dakota.

While these figures represent meaningful revenue to many states, states will incur new expenses after legalization, relating to both regulating the new markets and administering the new taxes. In Montana, for instance, due to the appropriations stipulated by the initiative, the aggregate collections will not be sufficient to cover the general fund’s initial expenses of $6.3 million until FY 2025.

In New Jersey, Question 1 provides for the taxation of marijuana under the general sales tax but prohibits any further taxation of retail sales except for a local option sales tax of up to 2 percent. The measure does not prohibit taxation at wholesale or manufacturer levels, and as a result there is no revenue data available.

While ad valorem excise taxes may look like general sales taxes, there are important differences. Excise taxes target specific transactions due to some unique characteristic (often negative externalities), and general sales taxes fall on most consumer transactions. An excise tax should correspond to the harm it is addressing, or the cost it is internalizing, neither of which has much connection to the price at which the good is sold. Taxation should be neutral and aimed at the negative externality connected to marijuana consumption, which is best expressed by the level of THC (Tetrahydrocannabinol, the main psychoactive compound in marijuana) or weight. Thus, a marijuana product with similar qualities and in similar quantities should have equal tax liability regardless of design or price. While price could technically act as a proxy for the strength of the products, it is far from a perfect solution.

Beside not being equitable, revenue raised by ad valorem taxes risks being more volatile. Since they are price-based, and prices are likely to drop as the market matures, revenue raised per ounce of marijuana purchased may drop quickly. Preferably, lawmakers would design an excise tax based on quantity as such a tax would provide more stability in revenue collection. Quantity-based taxes would also limit a state’s exposure to changes to federal law, which could have big implications for the tax revenue from legalized marijuana. If businesses get access to banking, federal tax deductions, or interstate trading, prices will most likely fall—reducing revenue in states relying on prices as a tax base.

Separate from the tax base, voters and lawmakers must also consider important trade-offs related to the rate: High taxes may limit adoption by minors and non-users but could hurt the competitiveness of the legal market. Low taxes may allow easy conversion from the illicit market but could increase consumption among non-users and minors.

Arizona, Montana, and South Dakota would spend revenue from recreational marijuana taxes on non-marijuana-related spending. In Arizona, revenue would be allocated to community colleges, police departments, fire departments, transportation funding, and a new Justice Reinvestment fund. In Montana, revenue would be divided among the general fund, conservation programs, veteran programs, drug addiction treatment programs, local authorities enforcing the initiative, and health-care workers. In South Dakota, revenue would be split between the general fund and state public schools. Since New Jersey’s measure leaves most of the legal framework to the legislature, it is not yet known how taxes would be levied or for what purpose.

Unfortunately, among these four measures, New Jersey’s Question 1 is the only one that allows lawmakers to design a stable and neutral excise tax—and such a development is far from a given.

While there are legitimate reasons for levying excise taxes on marijuana, legislatures and voters should proceed with caution. Due to their narrow base, excise taxes are not a sustainable source of revenue for general spending priorities. That is not to say that there is no new revenue available to states that choose to legalize. Beyond the general sales tax, legal marijuana businesses would also pay business taxes and employees would pay personal income taxes. Revenue from these broad-based taxes, combined with a potential saving as illicit operations decline, does represent general fund revenue. Expecting a large and sustained boost from marijuana-specific taxes, however, is shortsighted and represents poor tax policy.

Stocks making the biggest moves midday: FedEx, U.S. Steel, Thermo Fisher, Moderna, Invesco and more
House Democrats’ plan drops repeal of a tax provision for inheritances
How Jessica Alba uses facts and data to combat naysayers and build her nearly $1 billion company
Investor Marc Lasry thinks the big-spending U.S. could be headed for distress
Here’s how inflation is hitting the online prices of everything from apparel to furniture