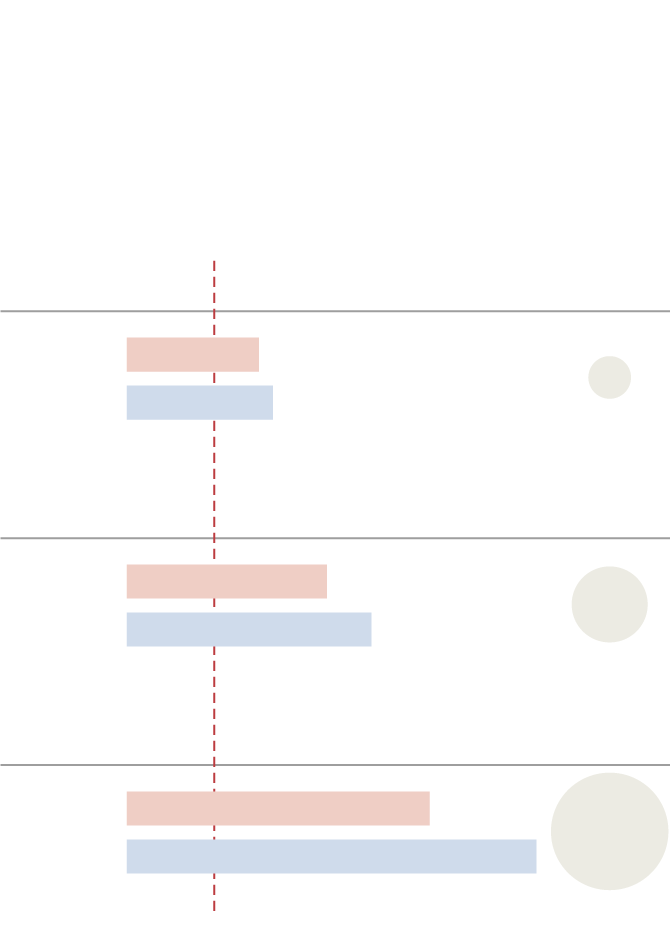 Tens of millions of Americans have lost their jobs as the coronavirus ravages the economy, bringing the unemployment rate to a Great Depression-level 14.7 percent — and many are looking for emergency lifelines to meet living expenses.

The CARES Act signed into law in March provides flexible hardship withdrawal options for 401(k) and individual retirement accounts. But people who have lost their jobs and don’t need to tap their retirement account early still have a decision to make: Leave the savings in the former employer’s plan, or roll them over to an I.R.A. In the event that a former employer goes out of business and terminates the plan, your choice is a rollover or taking a direct distribution. The best choice will depend on a number of factors.

What are my options under the CARES Act?

If you lost a job because of the coronavirus crisis, the CARES Act offers special exemptions from the usual withdrawal rules for 401(k) or I.R.A. accounts. Adoption of the exemptions is voluntary for employers, but most seem to be offering them; Fidelity reports that 96 percent of the plan sponsors that it works with have added these features, for example.

Normally, income taxes are due on withdrawals from these accounts in the year you take the distribution. And if you are younger than 59½, a 10 percent penalty is levied. Under the CARES Act, you can withdraw 100 percent of your account, up to $100,000, without the usual 10 percent penalty. The income taxes are still due, but you can spread out payments over three years or redeposit the withdrawn sums anytime during that period. (The CARES Act also relaxes the rules on loans from 401(k) plans, but most employers won’t permit loans if you no longer work for them.)

“This is probably the most flexible distribution and taxation arrangement that I’ve ever seen for retirement plan benefits,” says Fred Reish, a lawyer who specializes in employee benefits. “It’s really quite extraordinary.”

The prospect of cracking open retirement piggy banks to meet emergency needs doesn’t bode well for the nation’s retirement savings, which reflected economic inequalities before the crisis that are likely to worsen now. Widespread drawdowns under the emergency law may underscore a post-crisis need to develop more robust emergency saving options.

Latest Updates: The Coronavirus Outbreak and the Economy

“People will say that we want to preserve 401(k) accounts for retirement — and that’s a good cause,” Mr. Reish said. “But not being evicted from your apartment, being able to buy food and put gas in your car also is important. Retirement isn’t the only thing that happens in life.”

When you leave a job, your former employer’s matching contributions — one of the strongest incentives for participating — come to an end. But if the plan features a simple menu of high-quality mutual funds and low costs, other factors might persuade you to stay.

Your fiduciary protections in a 401(k) are stronger than in an I.R.A. Under federal law, 401(k) plan sponsors must meet a strict fiduciary standard to act solely in the best interest of participants, and to select investment options with them in mind. And in recent years, litigation accusing plans of charging excessively high fees has encouraged lower investment costs.

“It’s been a very important factor driving sponsors to make changes,” Mr. Reish said. “There’s so much more attention paid today to expenses, use of institutional share classes and index funds than there was even 10 years ago.”

The economic uncertainty points to one other reason you may want to leave your savings in a former employer’s plan rather than roll them over to an I.R.A.: By law, your assets are protected from creditors. Many states protect I.R.A. assets that originated in a 401(k), but regulations vary.

When does a rollover make sense?

Rolling over your 401(k) into an I.R.A. might make sense if your company plan has high fees, which can eat into returns significantly over many years of investing. This is often the case with small and medium-size plans, which can lack the buying power of large plans or their expertise in negotiating better prices.

A study by Morningstar of about 22,000 defined contribution plans found that average total costs paid by sponsors and participants varied widely. Some plans charge as little as 0.1 percent against your assets, and some small ones have total costs over 3 percent.

portfolio earning a 5.4% return. The annual fee for

the low-fee fund is 0.1 percent; for the 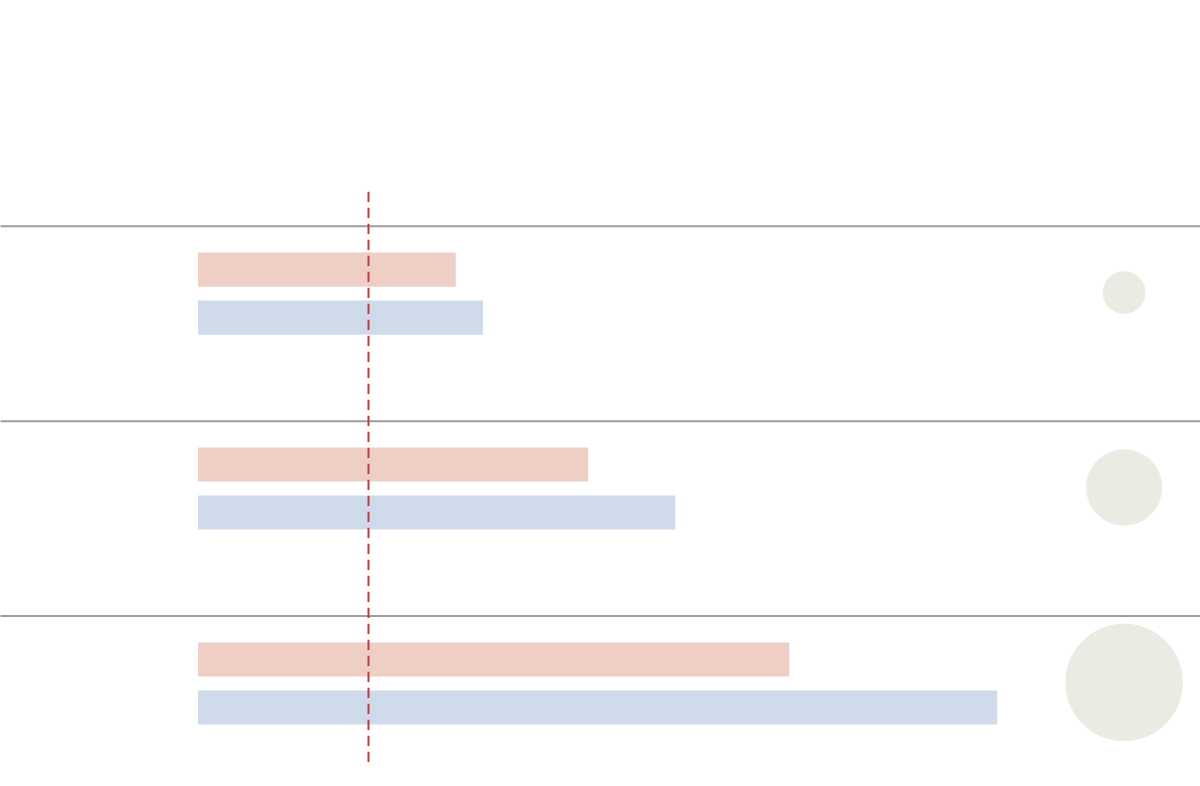 The annual fee for the low-fee fund is 0.1 percent; for the high-fee fund, 1.1 percent.

On the website for BrightScope, you can look up your plan to see how it’s rated against its peers, including total plan cost. Mr. Puritz recommends writing to your former employer’s director of human resources, requesting a written response to this question: “What are all the fees I’m paying, direct or indirect, on my account?”

Practical considerations could also support a rollover. Since most people work many jobs during their careers, it’s possible to wind up with multiple “stranded 401(k) accounts,” Mr. Puritz said. His firm often works with clients who might have five or six accounts that need to be consolidated. As those accounts age, retrieving them gets more challenging.

“Five or 10 years later, the employers change, phone numbers change — your contact with the human resources person is gone,” Mr. Puritz said. “It gets more painful the further away it gets from you.”

If you are near retirement and plan to make regular account withdrawals, flexible access to your money could be another reason for a rollover. Just 54 percent of workplace plans offered installment drawdown options in 2018, according to the Plan Sponsor Council of America.

And give strong consideration to a rollover if your former employer fails and terminates the 401(k) plan. When a plan terminates, workers need to either roll over their accounts or take cash distributions. A distribution would generate income taxes and penalties for early withdrawal for those younger than 59½.

Some industry experts worry that widespread plan terminations are on the horizon, particularly among smaller employers. A recent poll of consultants to workplace plans by the National Association of Plan Advisors concluded that over 200,000 small-business plans are at risk of termination from the pandemic.

Keep in mind that the purpose of a rollover is to maintain the tax-deferred status of the assets without creating a taxable distribution or incurring penalties. Rolling over funds from a 401(k) to an I.R.A. typically takes two to four weeks; you have 60 days to deposit funds into the I.R.A. in order to keep the transaction nontaxable. The most efficient approach is a direct rollover, in which your 401(k) plan drafts a check or wire transfer made out to the new I.R.A. custodian, not to you.

“The most important thing is to just get it done, and in that 60-day time frame,” Mr. Puritz said. “Inertia is the enemy.”

Several large investment firms — Vanguard, Charles Schwab and Fidelity Investments — have evolved into giant supermarkets offering mutual funds across one another’s platforms. Pick one where you would like to consolidate most or all of your non-workplace accounts going forward, Mr. Puritz advises, and then roll your account into a low-cost total market index fund. These cost as little as 0.03 percent.

But rollovers come with risks, too. The fiduciary obligations of advisers and brokers to act in your best interest were weakened with the demise of the Department of Labor’s fiduciary rule in 2018. A new standard adopted by the Securities and Exchange Commission, which takes effect on June 30, does require that rollover recommendations be in the best interest of the customer.

“The problem there is that we don’t know what that means,” said Barbara Roper, director of investor protection at the Consumer Federation of America. “The S.E.C. has not defined it.”

When you do a rollover, you potentially enter a Wild West of investment choices, far wider than those found in protected workplace plans. Some come with high risk, offering such shady investments as Bitcoin or gold.

“It’s always good to keep in mind the old adage that there’s no such thing as a free lunch,” said Rob Austin, head of research at Alight Solutions, a benefits administration company. “If something seems too good to be true, just err on the side of caution and look carefully into the details.”

Bill Hwang nonprofit saw assets soar by over $100 million 2 years before trades from his office led to market sell-off
Global shipping industry disrupted again, this time by floods in Europe and China
Home prices broke records in May, according to S&P Case-Shiller
Some states now offer certain business owners a workaround for cap on state and local tax deduction
5 Misconceptions about the Child Tax Credit Monthly Payments