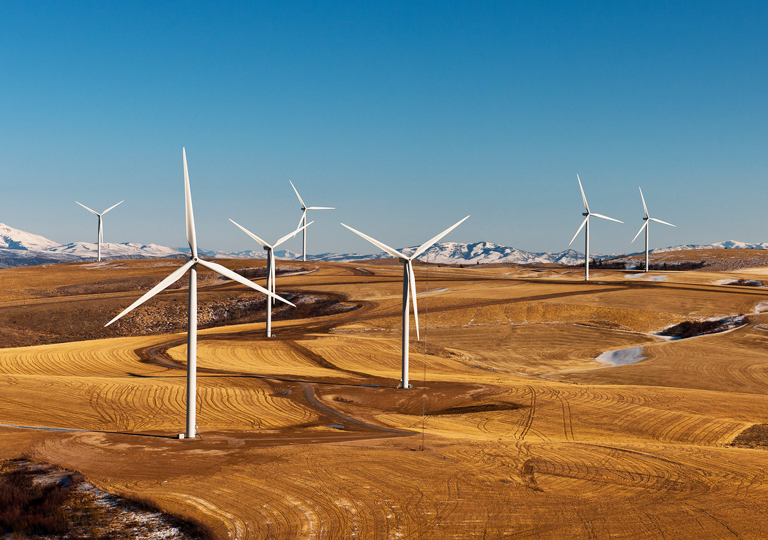 One under-discussed part of the CARES Act, passed in March to provide economic relief during the COVID-19 epidemic, is a correction to a drafting error in the Tax Cuts and Jobs Act of 2017, often known as the “retail glitch.”

The Tax Cuts and Jobs Act provided 100 percent bonus depreciation for many short-lived assets, such as equipment and machinery. This provision allows companies to deduct the full cost of eligible investments immediately, rather than spreading those deductions out over a number of years. It is scheduled to start phasing out after the end of 2022. Stopping short of full expensing is economically harmful, as inflation and the time value of money reduce the value of deductions in future years. This effectively raises taxes on capital investment, leading to lower investment, economic growth, productivity, and wages.

The CARES Act fixed this change. It made QIP eligible for 100 percent bonus depreciation, allowing businesses to retroactively claim full deductions for QIP placed into service since Dec. 31, 2017.

How does this relate to green technology? Lengthening the cost recovery schedule of QIP means an effective tax increase on new QIP investment, and that means businesses are less likely to invest in new technology that is more energy-efficient. As a result, they would instead continue to use less efficient (and thus dirtier, more carbon-intensive) appliances.

Lighting is a perfect example. In the past decade, light bulbs have become vastly more energy-efficient—LED lights use up to 85 percent less energy than traditional incandescent bulbs, and that means lower carbon emissions. However, if a business has to spread the cost of that investment over 39 years, they won’t be able to recoup the full real value of their investment, so they’re more likely to continue using older, dirtier tech.

An article in the Stanford Law and Policy Review handily explained how long cost recovery schedules disadvantage energy efficiency improvements. Usually, operating costs, whether worker wages or, in this specific case, electricity bills, are deducted the year they’re incurred. However, without full expensing, capital costs, such as new factories, lighting, or office buildings, are spread out over many years—and as a result, companies do not get to deduct the full real value of that investment. Efficiency investments tend to involve an increase in capital costs (spending on more sophisticated technology) in exchange for lower operating costs, but without full expensing, operating costs are tax-advantaged relative to capital costs.

Fixing the retail glitch was a welcome correction and should help increase investment, including in lower-emission technology. However, like the 100 percent bonus depreciation provisions in the TCJA, it will start phasing out soon. Lawmakers should make 100 percent bonus depreciation permanent to grow the economy and make the tax code fairly treat investments like environmentally beneficial improvements.

MORE DIRTY MONEY ON WALLSTREET WITH MORTGAGE FRAUD , DIRTY LAWYERS & MORE! MORE DIRTY MONEY ON WALLSTREET WITH MORTGAGE FRAUD , DIRTY LAWYERS & MORE!MORTGAGE FRAUD ON WALLSTREET - DIRTY MONEY! Select Portfolio Servicing,Inc.! 3 Lawsuits filed: NYC, N.J. case#3:20-cv-04501 Sealed on Feb3.2021..Published on January 28, 2021Sherry Scalercio-Isenberg [MBA]Sherry Scalercio-Isenberg [MBA]CEO at TWCG,LLC THE WALLSTREET CAPITAL GROUP45 articles FollowingNo alt text provided for this image CONSUMERS: Check every line of your Mortgage statement , especially if your MORTGAGE Servicer is Select Portfolio Servicing, Inc.! Allegations AND SOLID EVIDENCE of Defrauding Customers, plus threatening and Harassing Customers with their Lawyers, involving coercion, extortion and money laundering -- Harassment Retaliation ! Contact me directly for details, I'll help you navigate the unlawful, destructive behavior you may encounter.Mitigate mortgage fraud risk by only doing business with mortgage Lenders that Service their own Loans! IF, that function, is outsourced to a 3rd party, there is significant opportunity for Mortgage Fraud! I have first-hand knowledge & deep experience with Mortgage Fraud matters! Our residential home mortgage loan has been sold/transferred in the secondary market 5-6 times during the past 4 years! The Mortgage Servicer Select Portfolio Servicing, Inc. has 2 class-Action lawsuits against them, including allegations of Defrauding Customers! One lawsuit filed by New York Attorney’s Lieff Cabraser Heimann & Bernstein, LLP In addition, I filed a lawsuit Prose against Select Portfolio Servicing, Inc. for similar Causes of Action, The Summons & Complaint was served on Select Portfolio Servicing, Inc. in April, of 2020, including: MORTGAGE FRAUD allegations *** FCRA - FAIR CREDIT REPORTING ACT 15U.S.C.1681.Under the FAIR CREDIT REPORTING ACT, if a “Furnisher”, [Debt Collector] reports false, erroneous, or inaccurate, information, about the Consumer, to a Credit reporting Agency, and the Consumer has disputed the information by notifying the Debt Collector, The Consumer may sue for damages in State or Federal court. "Furnisher" is a defined Legal term MORTGAGE FRAUD Allegations - Consumer Fraud Act of New Jersey NJCFA § 7, N.J.S.A. § 56:8-19.1.0 The PLAINTIFF’S DID NOT authorize the Defendant [Select Portfolio Servicing ] to open anescrow account under the Plaintiff’s name, listed on the Monthly Mortgage Statement, 2.0 THE LINE ITEM WAS ADDED by an SPS EMPLOYEE, LINE titled: “ESCROW TAXES AND INSURANCE, and furthermore an employee entered a fraudulent dollar amount attempting to unlawfully extract money from the Plaintiff’s.No alt text provided for this image 3.0 SELECT PORTFOLIO SERVICING, CAUGHT RED-HANDED! 4.0 The Plaintiff’s Do Not Escrow any money!5.0 THE MORTGAGE ORIGINATED in 2006 with Wells Fargo NEVER ANY ISSUES! Everything was in perfect order for 4 years until we refinanced with Quicken Loans! Quicken Loans out-sourced the Servicing of the mortgage to Criminals! Select Portfolio Servicing, Inc Criminals!SHAME SHAME! SHAME! ON QUICKEN LOANS! they have done nothing to help and correct the major problems they caused and are Accountable for!They tossed the mortgage out to the secondary market to make more money and hired Criminals To help line their pockets with DIRTY MONEY !No alt text provided for this imageThat's how Quicken Loans treats Loyal Customers!6.0 The Defendant, SELECT PORTFOLIO SERVICING, INC. entered a Fraudulent dollar amount in the Escrow line item on the statement, sent via U. S. MAIL, and DEMANDED PAYMENT!7.0 Extortion becomes money laundering when U.S. mail is used.No alt text provided for this image The Plaintiffs have been harassed and tormented by Opposing Counsel, defending the Criminals of Select Portfolio Servicing, Inc. RULE 26G VIOLATIONS are the most egregious I’ve encountered since I added the Legal & Compliance practice under TWCG,LLC! Expert Lawyer colleagues & friends are in shock & dismay of such behavior within the Legal field and courts of Law.No alt text provided for this image **Reminder, per Judge Gauvey, every Lawyer should review RULE 26G every year, and use it in your Law Practice! Great words from a wise,ethical Judge. **************************** ... See MoreSee Less
View on Facebook
· Share