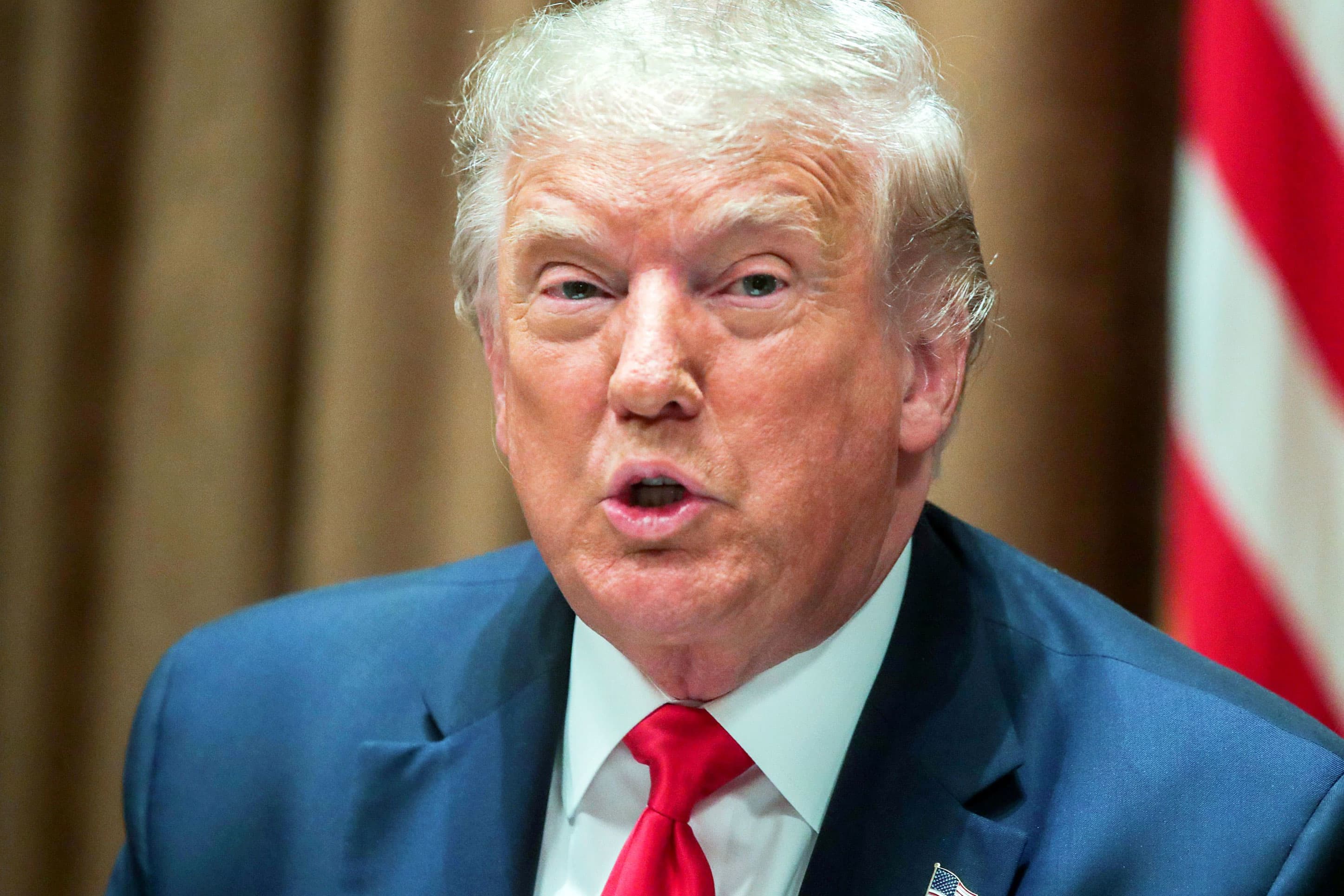 President Donald Trump insisted Monday that shutting down the United States in an attempt to curb the coronavirus would cause more harm than good, doubling down on previous comments that he would not call for a nationwide lockdown.

He said the U.S. only initially shut down to prevent the overflow of hospitals and to allow U.S. health officials and scientists to learn more about the new virus, including developing effective treatments to fight it. He said the U.S. is doing “really well” on developing coronavirus drugs and vaccines.

“Lockdowns do not prevent infection in the future. They just don’t. It comes back many times, it comes back,” Trump said.

While Trump said he would not shut down the U.S., he urged Americans to stay “vigilant” against the coronavirus as U.S. officials begin to see new “flare-ups,” including in states like Georgia, Mississippi, Tennessee, Oklahoma and Missouri. Trump said there are 18 states that have reported low coronavirus cases and positivity rates below 5%, including New Jersey, Connecticut and New York, once seen as the nation’s epicenter at the beginning of the outbreak.

“In our current phase, we must focus on protecting those at highest risk while allowing younger and healthier Americans to resume work and school with careful precautions. Ideally we want to open those schools. We want to open them,” he said.

State lawmakers, rather than the federal government, have imposed harsh restrictions on residents and businesses throughout the nation’s coronavirus response. But with the U.S. economy straining under the social distancing rules, Trump has loudly called on the country to reopen.

Trump has insisted that he wouldn’t close the country if a second wave of coronavirus cases emerged. Instead, the U.S. will “put out the fires” as they arise. In recent weeks he’s pushed for schools to reopen in the fall regardless the state of the nation’s Covid-19 outbreak, saying that keeping schools closed “is causing death also.”

The World Health Organization has previously warned that countries with rapidly spreading coronavirus outbreaks might have to reinstate lockdowns to curb the virus’ spread, even those that were once successful when reopening. White House coronavirus advisor Dr. Anthony Fauci has suggested some states hit the “reset button” and pause or roll back reopenings if cases climb.

Earlier on Monday, Fauci warned the rate of coronavirus tests that have come back positive in some states outside of the southern region of the nation is beginning to increase. It’s the same “insidious” rise that the Sun Belt region saw a month or so ago before cases surged, he said.

Fauci said states should take a “serious” reexamination of where they are in the process of reopening. “You may need to pause, you may need to drop back a little bit. I don’t think you necessarily have to revert to go all the way back to reclosing,” he said Monday.